You are here: Home / Uncategorized / Collect for The Holy Name 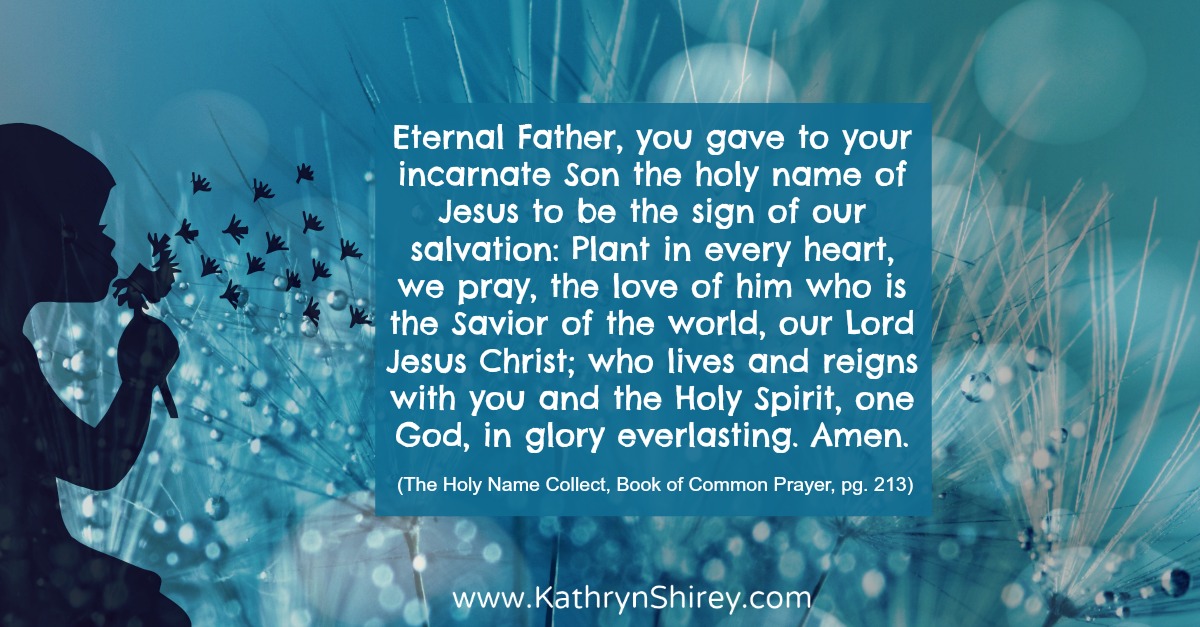 Eternal Father, you gave to your incarnate Son the holy name of Jesus to be the sign of our salvation: Plant in every heart, we pray, the love of him who is the Savior of the world, our Lord Jesus Christ; who lives and reigns with you and the Holy Spirit, one God, in glory everlasting. Amen.

When the angels had left them and gone into heaven, the shepherds said to one another, “Let us go now to Bethlehem and see this thing that has taken place, which the Lord has made known to us.” So they went with haste and found Mary and Joseph, and the child lying in the manger. When they saw this, they made known what had been told them about this child; and all who heard it were amazed at what the shepherds told them. But Mary treasured all these words and pondered them in her heart. The shepherds returned, glorifying and praising God for all they had heard and seen, as it had been told them. After eight days had passed, it was time to circumcise the child; and he was called Jesus, the name given by the angel before he was conceived in the womb.

Previous Post: « What Spiritual Encouragement Do You Need In 2017?
Next Post: Ready to Grow Your Prayer Life in 2017? »