You are here: Home / Uncategorized / Redemption Begins With An Apology How do you recover from a detour in your life, from a mistake, from a bad choice? Can those ever be forgiven or redeemed into something positive? Do you believe you can come back from wherever you’ve wandered?

We’ve been studying Peter’s biggest detour from his commitment to follow Jesus, the night he publicly denied even knowing Jesus. [HERE and HERE]

The night of Jesus’ arrest, when Jesus saw Peter deny him the third time, was the last time Peter and Jesus were together before Jesus died. Can you imagine how Peter felt knowing the last words Jesus heard him utter were words of denial? Have you ever let words go unspoken until there were no chances left to say them?

Yet Peter does get that chance to talk to Jesus again. After Jesus is resurrected, Peter is the first one he visits. In Luke’s gospel, we hear the two Jesus walks with on the road to Emmaus indicate that Jesus spoke to Peter first. Paul indicates in his letter to the Corinthians that Jesus appeared to Peter first, before any of the other disciples.

Scripture didn’t record the conversation between Peter and Jesus, maybe it was too deeply personal for Peter to share. Sometimes reconciliations are like that – deeply personal and only meant for the two involved. So, let’s imagine how it might have gone…

What would you do or say if you were Peter? Just days earlier you’d publicly denied your best friend and Messiah, then watched him die a horrible death. Now you’re walking back from his empty tomb and are trying to make sense of it all. As you walk back, trying to collect your thoughts and process everything that’s happened, Jesus appears.

It makes me tear up just thinking about Peter in that moment. What a flood of emotions must have overtaken him! I think all I’d be able to manage would be sobbing tears and a trembling “I’m sorry.”

Redemption always begins with an apology

I believe Jesus gave Peter this private audience to give Peter an opportunity to apologize, but also so Jesus could reassure Peter he was forgiven. That’s what Jesus does, isn’t it? He is always right there when we’re ready to apologize and he always forgives us.

No matter what you’ve done, where you’ve gone or how long you’ve wandered, you can always come back to Jesus.

Do you need a private audience with Jesus? A conversation just between the two of you? If you truly want your past to be redeemed, call out to Jesus and say “I’m sorry.”

This encounter between Jesus and Peter is one of the most touching stories not really told. In his novel “The Fisherman”, Larry Hurtsperger builds out this encounter and it’s beautiful and moving and so real. I reread this scene last night and was moved all over again.

[callout]”After four years with the Master, I still believed the serpent’s lie that my past determined my future, my sins defined my true identity, and the limitations of my flesh designated the boundaries of the life of Christ through me. I was yet to discover that his declaration of me as “The Rock” was not and never had been based on anything I could do for him. It was, rather, his prophetic affirmation of what he would one day accomplish in and through me.” (excerpt from “The Fisherman”, by Larry Huntsperger)[/callout]

1) What does this passage tell you about Jesus?

3) What would you say to Jesus if you had this private encounter? 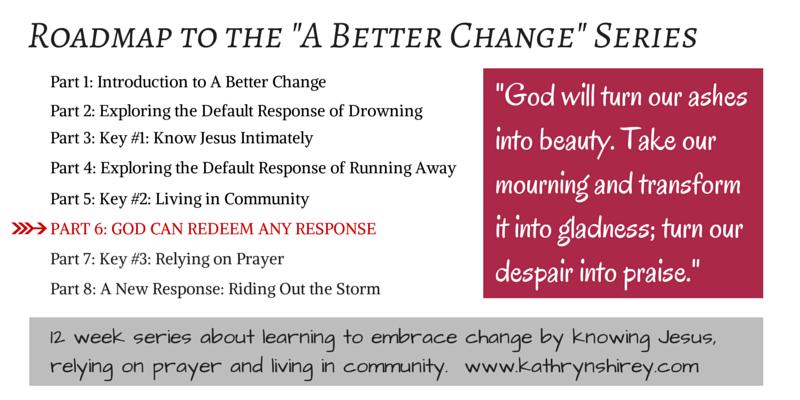 Previous Post: « A Challenge to More Fully Live in Community
Next Post: Redemption Is To Be Set Free! »