You are here: Home / Uncategorized / Prayer for the Third Sunday After Epiphany 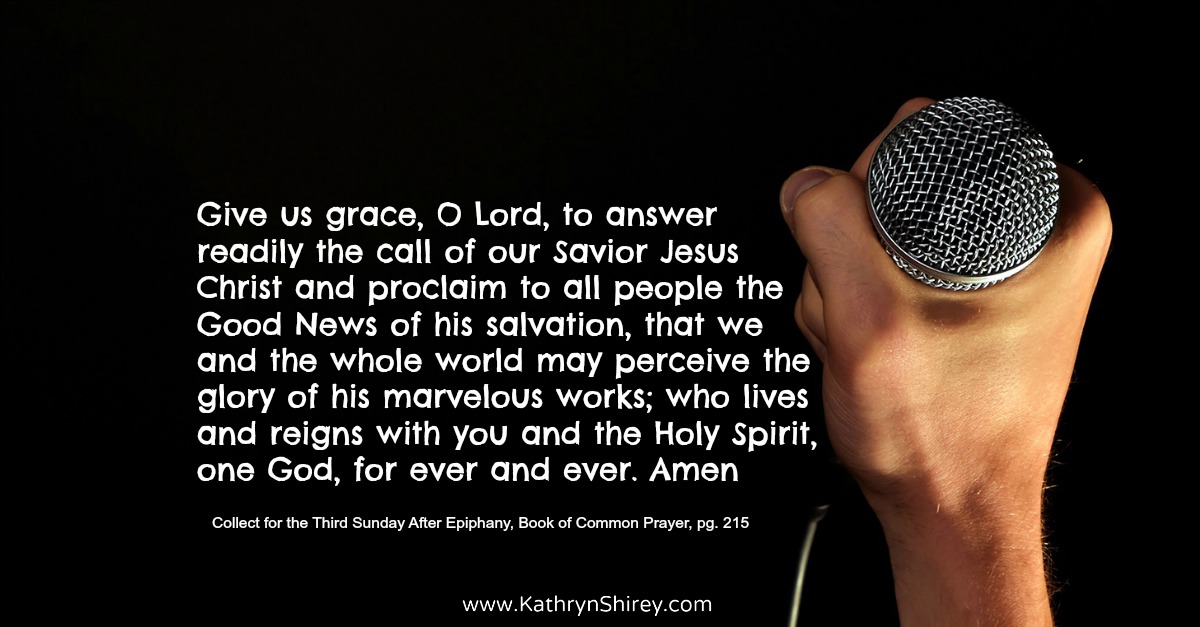 Give us grace, O Lord, to answer readily the call of our Savior Jesus Christ and proclaim to all people the Good News of his salvation, that we and the whole world may perceive the glory of his marvelous works; who lives and reigns with you and the Holy Spirit, one God, for ever and ever. Amen.

Collect for the Third Sunday After Epiphany, Book of Common Prayer, pg. 215

When Jesus heard that John had been arrested, he withdrew to Galilee. He left Nazareth and made his home in Capernaum by the sea, in the territory of Zebulun and Naphtali, so that what had been spoken through the prophet Isaiah might be fulfilled:

“Land of Zebulun, land of Naphtali,
on the road by the sea, across the Jordan, Galilee of the Gentiles—

the people who sat in darkness
have seen a great light,

and for those who sat in the region and shadow of death
light has dawned.”

From that time Jesus began to proclaim, “Repent, for the kingdom of heaven has come near.”

As he walked by the Sea of Galilee, he saw two brothers, Simon, who is called Peter, and Andrew his brother, casting a net into the sea—for they were fishermen. And he said to them, “Follow me, and I will make you fish for people.” Immediately they left their nets and followed him. As he went from there, he saw two other brothers, James son of Zebedee and his brother John, in the boat with their father Zebedee, mending their nets, and he called them. Immediately they left the boat and their father, and followed him.

Jesus went throughout Galilee, teaching in their synagogues and proclaiming the good news of the kingdom and curing every disease and every sickness among the people.