You are here: Home / Uncategorized / Jesus Loves Us, Even When We Run Away 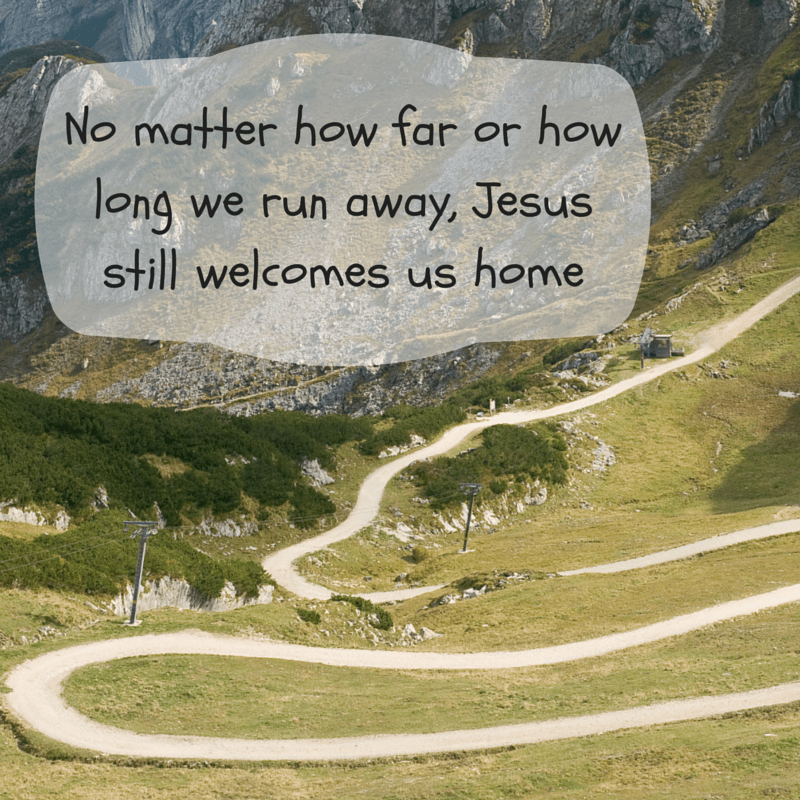 Have you ever found yourself making a poor decision when you’re away from your support network? Doing things you swore you’d never do? Maybe you sat in youth group and talked about how to resist the pressure to drink at a party, but the next night when you’re at that party away from your church friends and feeling the peer pressure, you give in and say ‘yes’. Maybe you sat in Bible study and talked about taking a next step in your faith, but back with your friends and family who don’t believe, you lose your resolve.

Today we’ll look at the night Peter disowned Jesus. Earlier that night, Jesus predicted this would happen, but Peter couldn’t imagine he’d ever disown his best friend and Messiah. Yet, in the dark of night, in fear of his own life, and surrounded by accusers, Peter did deny even knowing Jesus.

[callout]Then seizing him, they led him away and took him into the house of the high priest. Peter followed at a distance. And when some there had kindled a fire in the middle of the courtyard and had sat down together, Peter sat down with them. A servant girl saw him seated there in the firelight. She looked closely at him and said, “This man was with him.”

A little later someone else saw him and said, “You also are one of them.”

About an hour later another asserted, “Certainly this fellow was with him, for he is a Galilean.”

Peter replied, “Man, I don’t know what you’re talking about!” Just as he was speaking, the rooster crowed. The Lord turned and looked straight at Peter. Then Peter remembered the word the Lord had spoken to him: “Before the rooster crows today, you will disown me three times.” And he went outside and wept bitterly. (Luke 22:54-62 NIV)[/callout]

Here is a clip from The Gospel of Luke movie of this very scene:

Jesus had just been arrested and taken to the high priest. The other disciples scattered, but Peter and John followed to see what would happen to Jesus. They knew the situation was dire for Jesus, but also had to be worried about their own safety. John got them into the courtyard of the high priest and they sat by the fire with a group of strangers, members of the high priest’s household. As they began to question Peter and accuse him of being a follower of Jesus, Peter began to deny this association over and over and over.

Fear of the unknown is one reason we run away

Read Matthew’s account (Matthew 26:69-75) and you can almost feel the panic beginning to rise as his denials become ever more vehement. [Click here to watch this scene from the Gospel of Matthew movie.]

We’re more likely to run away when we’re alone

Peter was facing these accusations on his own that night. He didn’t have any support system around him. He had gone to the high priest’s with John, but we don’t know if John was sitting around that fire with Peter or if he’d wandered off to take care of something else.

When we’re facing temptation, criticism, or accusation, it’s hard to stand firm in our beliefs and resolve if we don’t have anyone around to support and encourage us. It’s more likely we’ll give in and follow the crowd, give in to that temptation, and run away from the path we know we should be on.

The community we choose influences our decisions

Sounds like something my mom would say, but it’s true. The people we choose to spend time with will be an influence on our behaviors. Peter found himself in a hostile community, a group of people indoctrinated against Jesus and his teaching.

This doesn’t mean we should cocoon ourselves only with like-minded church friends. We are called to go out into the community, to love and serve all people, to help those in need and bring the good news of Christ to those who don’t yet know him. This means we will spend time with people who hold different values, so it’s important you have a strong community of faith behind you to keep you grounded and focused.

True community will welcome us home, no matter how far we’ve wandered

Peter eventually went back to his community of disciples after this night. Can you imagine the shame and bitter disappointment he felt after denying his Messiah? How would you enter that room? What would you say?

We’ll talk more about coming home in part 6 of this series, but community is an important component of that process. Join us back next week when we focus on part 5 of the series and dig into this idea of community and what it really means.

1) What does this passage tell you about Jesus?

3) What part of Peter’s experience can you relate to the most? 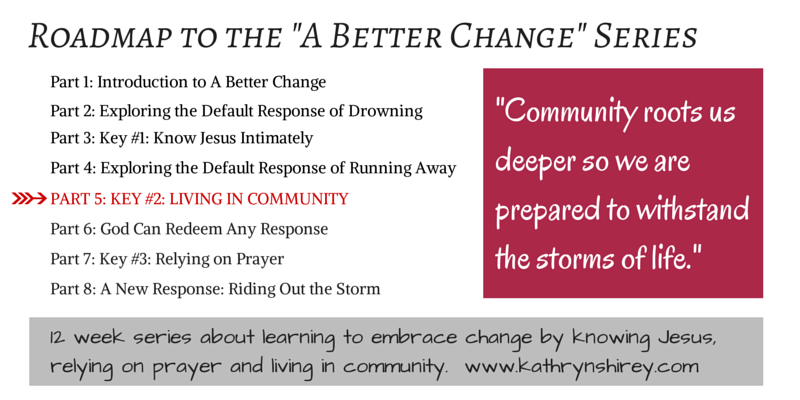